By Kelly Laird Smith in Uncategorized with 0 Comments

We are frequently asked to explain what exactly is the area/neighborhood/land in Rossmoor. The answer is quite unique, just as unique as the neighborhood itself. We as locals refer to Rossmoor as simply Rossmoor and if you are a local you know that means the neighborhood of Rossmoor, which is bordered by Los Alamitos Blvd. on the East side, Katella on the north side, the 605 Freeway on the West side and 405 Freeway/Old Ranch Parkway on the South side. Rossmoor believe it or not is not a city. It is an area of land that still to this day remains “un-incorporated”. Which means it is run and operated by the County of Orange. As of the last time we checked Rossmoor is actually the very last area in all of Orange County to be “un-incorporated” and run by the County. Rossmoor has no mayor, no city council, no police department and no fire department of its own. All of the services in Rossmoor are county run, with the exception of the Rossmoor Community Services District, which runs and maintains the beautiful parks, parkways, lights and trees. The schools are part of the Los Alamitos Unified School District, despite being located within the neighborhood of Rossmoor. The community/neighborhood is patrolled by the Orange County Sheriff’s Dept., it is serviced by Orange County Fire Dept. and all of the trash, water and sewer services are county services, not city or local. If you want to pull a permit in Rossmoor you must go down to the County of Orange, not the City of Los Alamitos .

So how did all of this uniqueness get started? Back in the late 1950’s a developer named Ross Cortese had the brilliant idea of creating a community/neighborhood called Rossmoor. It was to be a “suburb of Long Beach” as advertised in the original news articles. Locals find that funny as Rossmoor is in Orange County and Long Beach is in Los Angeles County! This new suburb was the modern family neighborhood that Ross Cortese felt the families would flock to. And he was right, they did! At $30,000 and $35,000 buying in Rossmoor was not cheap, but it offered a lovely new home development complete with schools and parks within walking distance. This new suburb however was not a city and thus started the on-going debate that still carries on to this day. Rossmoor was and is simply un-incorporated land operated by the County of Orange. The City of Los Alamitos has over the years thought about taking Rossmoorin as a part of its city. Seal Beach has considered the thought and Rossmoor has even asked for votes at times to become its very own city. However, over the years Rossmoor has yet to “in-corporate” and still remains “un-incorporated” and not a part of any city. Several reasons have been quoted over the years as to why. Some of those have been costs, legal  jurisdiction, taxes etc.

Despite Rossmoor not being a city, it is an amazing community surrounded by the cities of Seal Beach and Los Alamitos and was rated the number one suburb in all of Orange County! The two cities and Rossmoor are so tightly knit that the children of all three areas all play together on the playgrounds, the schools, the soccer teams, baseball teams, etc. All three areas plus many other communities all participate in the annual Seal Beach Christmas parade and most other community events.

Rossmoor is not only beautiful, it not only has been named the number one suburb of Orange County but it is also home to several National Blue Ribbon schools! So when you buy in Rossmoor you are not just buying a house. You are buying into a community, a lifestyle, a fantastic school system and the number one suburb in all of Orange County. Thus the housing prices in Rossmoor hold their value over the years and have made it a great place to live and invest.

Looking to buy in Rossmoor? Click or type in www.rossmoorhome.com and feel free to browse our website and check out the homes, the prices and the designs. 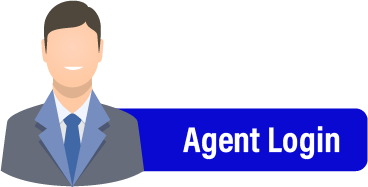